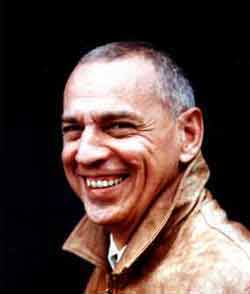 (b. Belgrade, 1949), composer, multimedia artist, professor at the Faculty of Music in Belgrade teaching counterpoint, harmony and musical forms. He graduated as a composer from the same faculty in the class of Vasilije Mokranjac.

In addition to composing, Vladimir Tošić started very early to perform both his own compositions and works by other modern composers. In this respect, he was co-founder and member of the group of authors and performers called OPUS 4 and the Ensemble for Different New Music.

Stylistic orientation: The basic approach applied in his artistic endeavor is the reductionist principle in composing. All his pieces are based on a markedly small number of elements, sometimes even on a single one (timbre, rhythm, harmony, etc).

Processual organization is one of the essential and remarkable characteristics of the creative work of Vladimir Tošić. Hence his compositions are created trough a gradual development of the initial core while applying a chosen procedure, with no abrupt changes or clashes of different musical materials. More often than not, the sound material is based on the tones of harmonic series - since it is both neutral and comprehensive prototype of sound. The compositions mostly consist of a symmetrical arc form with simultaneous rise and fall of the parameters. Therefore, almost every composition by Vladimir Tošić may be said to have certain significant and noticeable common characteristics: processual organization, repetition, insistence on timbre and symmetrical arc form.

Multimedia: Although Vladimir Tošić's work is predominantly that of a composer, his interests extend far beyond the pure musical concentration. He has expanded to a great extent on the musical medium by audio-visual synaesthesia in the broadest sense of the word. Thus, he has created a number of multimedia works of art: visual arts (musical graphics and objects), environment (Gallery sound) stage (Fusion for eight walkers) conceptual art (Aha), video projections, photographs, slides (Im/Possibility) In this respect, Vladimir Tošić started giving recitals of his works simultaneously with exhibitions of corresponding musical graphics (Gallery and Hall of the Student Cultural Centre, 18 April l978), which was followed by numerous collective and individual exhibitions.

Theoretical work: In addition to composing reductionist music, Vladimir Tošić elaborated and vindicated this general and aesthetic reductionist procedure in his theoretical work Reduction Principles in the Constitution of a Musical Piece (published in the journal Sound 3-4, 1986). He is also interested in the problem of musical symmetry, so he participated at the Third Interdisciplinary Symmetry Congress and Exhibition in Washington in 1995, where he gave his paper Symmetry in Music as Personal Expression.

In 2001, Student Cultural Centre published the book OPUS 4 - Documents by Vladimir Tošić about the group composer/performer.

At the First Music and Minimalism Conference in Bangor (UK, 2007), he presented his paper Process in Minimal Music.

In 2014, Faculty of music published the book Vocal Counterpoint of Renaissance, Piano Music (collection of pieces for piano) and CD Piano music.

Film music: Over the last 10 years, Vladimir Tošić has been very active in composing film scores for feature films and documentaries produced by the RTS − Serbian Broadcasting Corporation. That is how music was composed for the following films: Serbia in the WW I (2014), Milunka Savić − the Heroine of the Great War (2013), The century of the Brave Ones (2012), Nobody Said No (2008), A Flight to Death (2007), Last Day of Zoran Djindjić (2006), When Regime Shoots (2006), How Milošević had Left (2005). 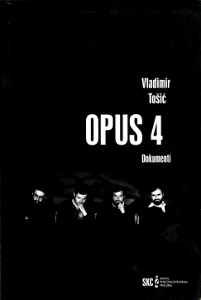 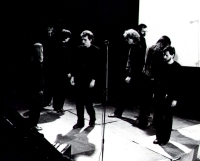